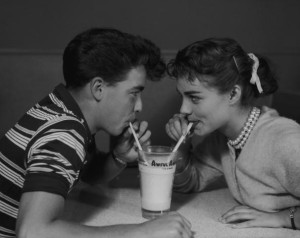 So, I’m an early 20 something females, who borders on asexuality, occasionally repulsed by physical interactions but crave companionship and mental intimacy. However after a barren and pitiful romantic history, the commencing of a new season of Love Island and my brother’s imminent nuptials to a lovely amazing girl who is only 1 year older than me, I’m contemplating re-entering the dating game. But what do you do when you’re a 23 years old waiting to be swept off your feet because your whole perception of relationships was based on Disney couplings, but you reside in a word littered with dick appointment, tinder swipes and one-night stands. The nature of the dating game has changed, dating is rare and the concept of eyes meeting across the room has evaporated. Nowadays it’s normally a situation where he held the whine like he had a missing vertebrate, his vacant hand (i.e. the hand not cupping his balls swiped yes) or he penetrated yours DMS like a professional. This generation has almost eliminated the “going steady” stage in its entirety, the magic of dates is over and the anticipation that occurs right before you fall in love has subsided. My loneliness has perpetuated an urge to explore online dating and actually respond to the reasonable DMs. Unfortunately I can officially confirm that a large majority on men are lust filled cunts – with no personality and from what I deduce would be a shit stroke game.  The emergence and prominence of casual sex means coitus occurs prior to a relationship even commencing – it’s a “fuck first ask question later” situation. Girls nowadays hoping their that cooking tekkers is on fleek, their naivety is perceived as gullibility and most importantly that their pum-pum game is on point and brings life, in order to secure their future families 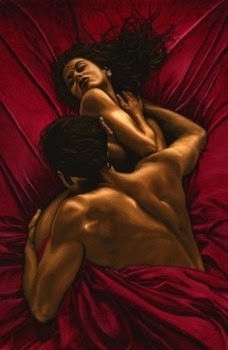 It’s sad to admit that the original manifestation of intimacy is no longer intimate; the romance is gone. I exist in a world dictated by “what you doing?” texts, unsanctioned dick picks in your direct messages and explicit sexts. The mating and intimacy protocols have mutated from “you’re beautiful” to “what that mouth do” from “making love” to “blowing out your back” and from talking all night to your private nudes being leaked on the timeline. Don’t let the introduction of legislation regarding revenge porn give you a false sense of security; the probability of your genitalia being broadcasted into a group chat is high likely and unfortunately your nudes are for everyone… in their squad. His friend’s smile in your face, like they have seen your lower lips frown, while her girls keep their straight face like haven’t cackled at the curve of your phallus. It’s 2017 and both guys and girls are alike are continuously judging females on their past sexual exploits. Girls are out here sucking for secrecy to ensure that their CRB checks come back clean, fearful of the nightmare of being declined by your Prince Charming, because his court have deemed you as non-wifey material. This is infuriating as niggers have been “outchere” for years, having multiple babies on girls, selling a plethora of dreams, professing love just to get pumps, kissing foreheads and purposely instigating Poirot like deductions about proposal dates. Guys will intentionally leave information on ring cuts and different carat classification on their “In Private” browser and wonder why their girl’s satin bonnet is in their bathroom cabinet, while diminishing her significance in their life and her relation to them as just a link. I repeatedly through around the phrase niggers aren’t shit because they lie excessively about their philandering ways and refuse to be honest about their fuck-boy behaviour. Niggers will fuck your best friend and shift the blame unto you for having an attractive and thotty friend.

This level of fuckery has resulted in an environment where some girls nowadays are so used maltreatment at the hands of their boyfriend that they become entranced on the smallest of niceties e.g. someone checking on how their day was.  We’ve gotten to a stage where disrespect and contempt is the convention and because of this girls are confusing attention with affection, while mistaking general interest as an invitation. This is why I think it’s imperative to have friends of the opposite gender as in situations like these, the girl can occasionally feel indebted to a guy who performed the simplest of actions or actually practices general chivalry and kindness.  The amount of fuckboys present has caused both a lowering of standards and has made things harder for the genuine guys.  “Nice guys” have to break through several years of emotional barriers, built upon trust and commitment issues. Fortunately, I’m lucky enough to have always felt love from my family and is not afflicted with the desire to try and subsidise familial and self-love with sexual advances, catcalls or lust. I have surprisingly high-respect despite my self-esteem problems and vehemently refuse to compromise on my core principals and be with for someone I’m not compatible with. I don’t require complete mental alignment with someone because the way my personality is set up means I agree with no one 100%, but I require someone who is wholeheartedly there for me.  I’m literally the furthest thing from perfection and the amount of baggage of I possess, requires a surplus charge on most airlines.

I’m aware of the fact that falling for bullshit is not a condition limited to the female gender. Several guys have fallen victim to the emerging epidemic of the “finesse girl”. These pretty faces, with sanctified bodies and ample assets who live on Gauchos and Nobu, showered with Ciroc while they practice their gurgling technique in the VIP section, are a force to reckoned with. Their frequently flyer miles on their pussy help them get to Dubai every other month and acquired the “new stamps on their passport” *Drake reference*.  I’m not slut shaming, vaginas are magical and if you decided to exploit to your own advantage, then do your thing. I just feel like naive and innocent guys need to be vary of becoming bewitched and enchanted by the magic of pussy powers and avoided being saved as “taxi”, “meal ticket” and “bank”. I think men’s desire to achieve euphoria through sex and females crave security through money, operated as the catalyst for the loose exchange of money for sex, domination within society. Guys frequently complain about the utilisation of pum-pum as currency, however females have been traded and used as money for several years with no complaints from men. The inherit patriarchal within society bred a convention/ tradition where female offspring were married off in exchange for money, power and trade deals and I’m sadden when I see Instagram caption regarding the doubling of their “bride price” because it reinforces perceptions regarding ownership. Men’s disdain and degradation for formal female sex workers and casual sexual transactions can attributed to the fact that that they no longer profit off or exploit femininity and female sexuality. The rise of feminism has led to disintermediation and the removal of middle men and female sexual empowerment and the stigma towards “promiscuity” and slut shaming has revolutionised the traditional relationship. 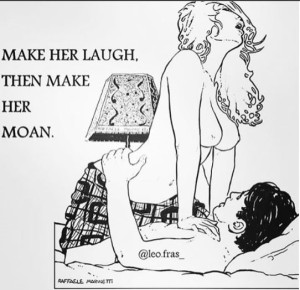 Womanism, equality and sexual liberalism is all good and well and I’m so for it but I’m still super traditional and I’m not emotionally equipped for it. It’s honestly not in my nature to play the field and I feel great discomfort in talking to multiple guys simultaneously or reducing men’s function in my life to just amenities. There’s no shade intended but I’m an avid fan of monogamy and literally all I need is this life of sin, is a nice and guy who’s going to love and support me, who I can buss it open for and when my flexibility develops do a split on his dick. I want holy matrimony and to be feel completed, however I think I was born too late for that existence or for that type of courtship to be viable.

“When night comes on and I’m on my own, you should I Know I chose to be alone”

To a certain extent I feel like my foray back into dating any my subsequent failure to find a potential spouse, has only reinforced the fact that I personally have chosen to be single. On the app I’ve received sub-standard and inadequate advances and I’ve just politely declined, because I’d rather stay single.  I’ve always proclaimed the quintessential spinster rhetoric of “alone but not lonely” and being emphatic in my claim that I’m voluntary single. However during my 3 years of romance solitude, I’ve frequently quarrelled with myself about whether I’m just single (sans a partner) or actually both lonely and alone. The life of what seems of perpetual singleness has made me do the inevitable and doubt my sauce and I’m repeatedly wonder if I’m still desirable or in position where I could still be loved by someone. I hate seeking validation through others particularly at the expense of others, but the response I received on the app, has restored my glows; it’s given me that pinch of salt and spice to my already seasoned sauce. Despite some complications with my ability to distinguish what I want, with what I knew wasn’t good for me and with who I knew I wasn’t compatible with, I fully know what I’m looking for… I’m looking to buss it open for the real one.